Title: Shredded
Your Past Does Not Define You
Author name: Kimberly Rae

Teaser: Only two people know why Jean has stayed at the church all these years, why she won’t let anyone else work with the children. Only Jean knows about Sunday nights, the leftover bulletins she covers with words, then shreds as she weeps.
When Grant Henderson moves into town and starts to care, will Jean succeed in pushing him away, or will he break through to discover the truth? Is love enough to set her free?

Reader Comments:
…this book really blew me away!..All the emotion, the drama, the romance and tenderness, the action, adventure. I couldn’t wait to see what happened but I didn’t want it to end either. I really can’t say enough good things about it and how much I enjoyed it. WOW!… I was nervous with anticipation and crying and so caught up in it all. I had to put the book down to give myself an emotional break.

… I rarely cry over books, but I think that other than Karen Kingsbury, [Rae is] the only other author that has made me cry while reading a book. -Sue
Warning!! You won’t want to put it down once you get started!! ….there’s no stopping. Awesome, awesome book!!!!  -Sue
Shredded was compelling, convicting, and compassionate at once…a deeply disturbing reality packaged with grace, humor, and a sweet love story. I couldn’t put it down. -Joy
I think this is [Rae’s] best book yet. It is so relative to today’s church and how we treat people. It is a wonderful mix of relationships, interwoven with suspense and love. It is a must read for anyone who thinks their past defines them and gives them no hope, whether they are a victim of human trafficking, child abuse, or just bad decision making, because Jesus can wipe the slate clean. -Wanda

Author Bio:
Award-winning, Amazon bestselling author of 20 books, Kimberly Rae has been published over 300 times and has work in 5 languages.
Rae lived in Bangladesh, Uganda, Kosovo and Indonesia. She rafted the Nile River, hiked in the hills around Mount Everest, and tried cow brains just to say she’d done it! She now lives in North Carolina at the base of the Blue Ridge Mountains with her husband and two young children.
Rae’s 3 books in her STOLEN SERIES on human trafficking (Stolen Woman, Stolen Child, Stolen Future) all are Amazon Bestsellers.
Since the release of her trilogy on human trafficking, Rae has become a sought-after speaker and trainer on the topic. Recognizing the lack of books about slavery and trafficking that focus on those who are making a difference rather than glorifying the evil or being overly graphic or despairing, she has also since created a series on modern day slavery for teens and pre-teens (Capturing Jasmina, Buying Samir, and Seeking Mother), and is currently working on a project for adults to help train children to recognize and avoid childhood sexual abuse (I AM SAFE), a major risk factor in childhood and adult exploitation. Printable handouts and other resources, as well as autographed books, are available on her website, www.kimberlyrae.com.
“People out there care and want to make a difference,” Rae says. “I love getting to help them do that.”
Author Photo: 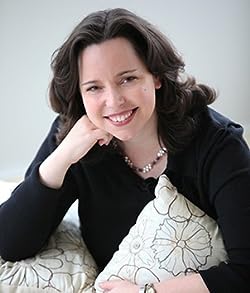 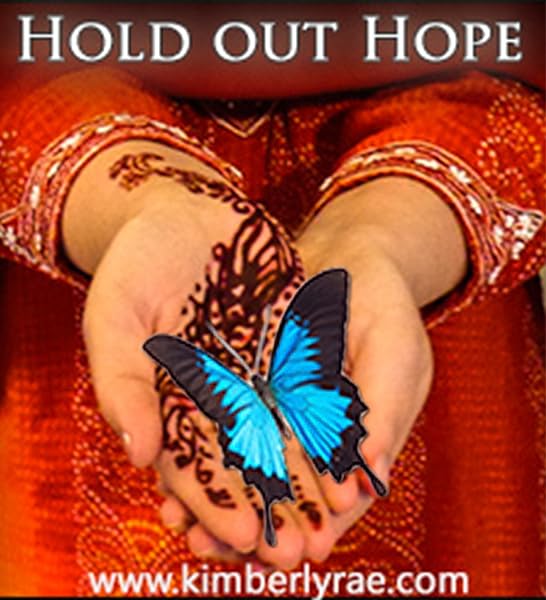 Excerpt:
Jean collected the church bulletins people had left on pews or in hymnal racks, turned out the lights, locked the front doors, and carried the bulletins downstairs.
Arms forward, as if swimming through the thick darkness, she felt her way down the hallway, bulletins clutched in one outstretched hand and a light jacket in the other.
Fourth room on the left. Her hands had long ago learned to count the doorways along the wall. Her key opened the door and from there it was six steps forward and two to the right.
The desk was where it should be, and a moment of blind searching brought her hands to the small lamp set just to the left of the desktop paper shredder.
She draped her jacket over the lamp before switching it on. Even at that, she winced at the faded light which spread across half the desk.
Jean stood still, fighting the feeling someone was watching, knowing she was there. Knowing why.
Pulling the desk chair backward out of the circle of light, she sat and placed the bulletins in a neat pile on her lap. Jean watched her hands stretch into the light and set the first bulletin onto the desk alone next to the paper shredder, separate from the pile.
For a moment that small movement took on meaning. One bulletin out of all of them had been chosen and plucked away from the others. Placed separate, alone and helpless, at the mercy of someone's choice. Someone's hands.
Her own hands trembled. Jean reached for the ink pen always left next to the lamp and began to write. Fast, hard strokes shaped words along the margins, under announcements, between paragraphs listing nursery schedules and coming events. Black letters formed dark words, fragments, sentences, until every portion of white space succumbed to pressure and ink.
Once filled, she set the burdened sheet of paper aside and reached for another. It, too, she methodically filled, then another, until the stack reached five high.
She stared at the papers, at the words, then quickly lifted the stack and fed each bulletin into the paper shredder positioned half-inside the light. The small machine vibrated on the desk, chewing with loud and harsh sounds like a child who refused to learn manners, before releasing the shreds over a trash can adjacent to the desk.
Jean wrote on five more papers, and one by one, held them up to the shredder's mouth and watched them destroyed. The chopping sound paused after the fifth paper, but left a silence that seemed to breathe, as if the machine waited, impatient and greedy for more.
After an hour, possibly two, all the bulletins lay silent and powerless in the trash. Long, thin, shredded secrets.
Another Sunday night was over, but the routine had given no security. The words she wrote offered no freedom.
Jean knew next Sunday would be the same. And the next. Forever.
Her mother had been wrong, about so many things.
Jean's hands, with no bulletins left to hold, opened palm up to capture and cocoon her face as she dropped her head and sobbed.

Posted by AntrimCycle at Saturday, September 05, 2015