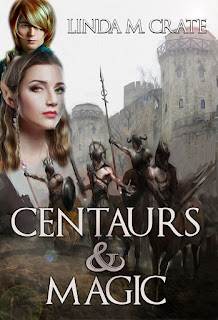 Evan Arwen Rabastan Louis Artinfallinger the III, son of Yvonigsar  Artinfallinger, has a secret. One he wouldn't want anyone in Atriel to know. One that he's killed over and for because if anyone should find out the truth, he knows they'd only use it against him.

In this prequel to Blood & Magic and Dragons & Magic one learns the bloody, secretive past of one of Atriel's worst counsel leaders and his fearless and shameless pursuit to become king. Yet there is a prophecy made of a child who will foil his plans. Will he be able to rid Atriel of said child before the curse made in the prophecy comes true or is he doomed to fail one day in the future?

ME: Hello, Veronique. How are you?

ME: So how do you feel about your brother Evan?

VERONIQUE: Going in for the hard questions from the get-go, eh? Evan is Evan. We get along some days and other days I’d like to have his head on a silver platter. That’s the way it goes for most siblings, no?

ME: Most siblings don’t threaten to kill their siblings to become king, though.

VERONIQUE: Is there a question there, somewhere?

ME: All right, very well, back to the questions and less commentary. How do you feel about Atriel?

VERONIQUE: It’s a beautiful place or likely would be if not for men and  women like my brother.

ME: Who else makes Atriel a terrible place?

VERONIQUE: Don’t act like you don’t know. Petro and Petula are hardly angels. They’re incestuous little brats who act as if they’re gods thinking they’re invincible simply because they’re vampires. If a day ever came where Evan asked me to kill them, I would in a heartbeat. I’m not afraid to sully my hands or stakes with the blood of vampires. They’re all vile and wicked creatures from my experience.

ME: What other experience with vampires have you had?

VERONIQUE: Many including that idiot Rugged.

ME: Ah, I see. Is Rugged his actual name?

VERONIQUE: You know full well that it isn’t, but he made me promise not to divulge his name and I don’t break promises. Not even to monsters like him.

ME: That’s admirable of you. Did your mother or father instill morals in you?

VERONIQUE: My father was a good man. My mother was not. She left my father and me shortly after my birth declaring me an abomination because of my mismatched eyes. I grew up with Evan and my father. Evan never had many morals and he’s detested all person’s that he considers half-breeds and magic. In hating magic users he also hates himself. I think he hates himself most of all. It’s probably why he’s so harsh and abrasive because he’s lost all his morality and humanity.

ME: You said he’s a magic user?

VERONIQUE: It may be a well-kept secret from most, but I know Evan better than most. He’s a witch. His magic usually manifests in the form of lightening, but I didn’t tell you that. I, however, do not have the entire day to waste in conversation. I have things I must attend to, if you’ll excuse me.

ME: Of course, thank you for agreeing to this interview. 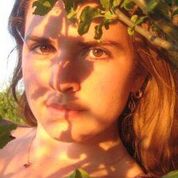 AUTHOR BIO: Linda M. Crate is a Pennsylvanian native born in Pittsburgh yet raised in the rural town of Conneautville. Her poetry, short stories, articles, and reviews have been published in a myriad of magazines both online and in print. Recently her two chapbooks A Mermaid Crashing Into Dawn (Fowlpox Press - June 2013) and Less Than A Man (The Camel Saloon - January 2014) were published. Her fantasy novel Blood & Magic was published in March 2015. The second novel of this series Dragons & Magic was published in October 2015. Her third poetry collection If Tomorrow Never Comes (Scars Publication - August 2016) was recently published. Her poetry collection Sing Your Own Song is forthcoming through Barometric Pressures Series. 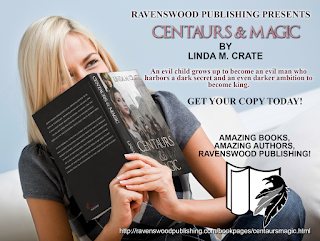 Posted by AntrimCycle at Thursday, November 10, 2016