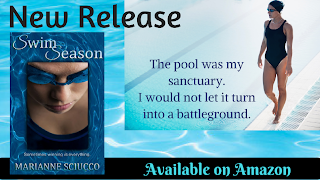 The swim team is ripped apart when two girls vie to break a longstanding school record with a 50,000-dollar scholarship prize.
Blurb: Sometimes winning is everything.
Champion swimmer Aerin Keane is ready to give up her dreams of college swimming and a shot at the Olympics. As she starts senior year in her third high school, Aerin's determined to leave her family troubles behind and be like all the other girls at Two Rivers. She's got a new image and a new attitude. She doesn’t want to win anymore. She's swimming for fun, no longer the freak who wins every race, every title, only to find herself alone.
But when her desire to be just one of the girls collides with her desire to be the best Two Rivers has ever seen, will Aerin sacrifice her new friendships to break a longstanding school record that comes with a $50,000 scholarship?

Author Bio:
During swim season, you can find Marianne Sciucco, a dedicated Swim Mom for ten years, at one of 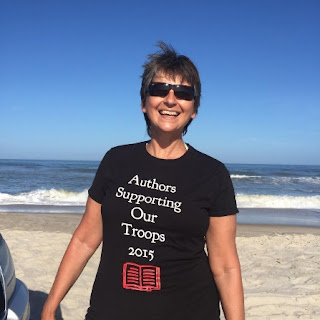 Sciucco is not a nurse who writes but a writer who happens to be a nurse. A lover of words and books, she dreamed of becoming an author when she grew up but became a nurse to avoid poverty. She later brought her two passions together and writes about the intricate lives of people struggling with health and family issues.
Her debut novel Blue Hydrangeas, an Alzheimer’s love story, is a Kindle bestseller; IndieReader Approved; a BookWorks featured book; and a Library Journal Self-e Selection. She also has two short stories available on Kindle, Ino's Love and Collection.
A native Bostonian, Marianne lives in New York’s Hudson Valley, and when not writing works as a campus nurse at a community college.

Author Links:
Why did I write a book about girls’ varsity swimming? An interview with Marianne Sciucco
https://youtu.be/DFgT9Swnt_o


The glimmer of challenge in the way the lanky girl looked at me caused a stirring in my gut, and I shot it down. I didn't come here to get involved in any personal challenges. I came here to swim, and not make any waves. My plan was to get through the senior year and go away to college, away from my troubles, and on to a new life that I could control.
Posted by AntrimCycle at Tuesday, November 01, 2016