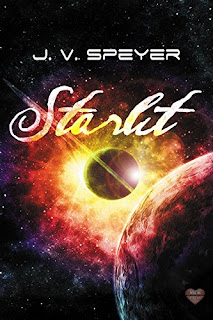 Sahak is a rebel pilot who manages to escape from prison, taking along his co-pilot Siran and the alien Azat, before they can be executed or worse, made slaves. Azat has been treated unkindly by humans, but he's willing to take a chance in order to be free. What he doesn't count on is the attraction between the daring pilot and himself.
This is a quick but action-packed read. Sahak's backstory is interesting, but I would have liked to learn more about Azat and his people. Both the battle and sex scenes are well-written; my only real complaint is that I would have liked the book to be longer.