I would definitely give it 4.5 stars. 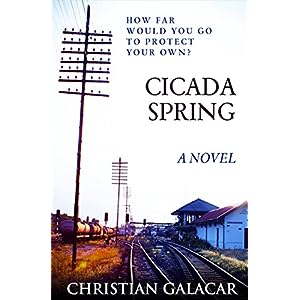 This book deals with some serious matters. A young girl is raped in a small town with little crime and no one believes her but her parents. The man who perpetrated the crime is the mayor and well-respected.
Each of the characters deals with this crime in various ways. The police chief doesn't want to rock the boat, especially with no hard evidence (this takes place in the early 1970's). His deputy, a female who was experienced her own trauma, is frustrated. The mayor is cocky and sure he's going to get away with the crime.
Meanwhile, there's also a serial murderer loose which adds to the suspense. The author weaves all these disparate threads together to create an enthralling crime drama.

Link to Amazon
Posted by AntrimCycle at Sunday, May 24, 2015