Skylark: A Novel by Ruthie Morgan 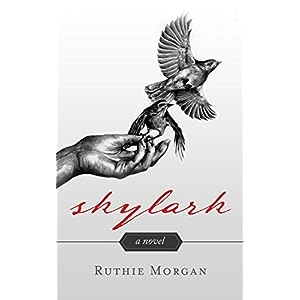 This was such a lovely and intense book. The characters are well-drawn and their love story so well told from all sides. I really liked Billie May and felt I could relate to her struggles with motherhood. I thought that her growth as a woman and how she dealt with Evan was so well written. It would have been easy for me to think her too submissive to Evan, something that I hate in other romance novels. But she never excused his behavior, even when he frustrated her or confused her.

I didn't always like Evan but as the story proceeded, I realized that his behavior was not under his own control, something that I think he desperately wanted. His illness was not his fault nor anyone's and I was just sad that it wasn't recognized earlier, though it probably wouldn't have helped.

I loved the travel and descriptions of the places that lived, from Paris to Scotland to St Cloud. The secondary characters are interesting and fully-fleshed out, adding to the narrative in every way. This is a wonderful first novel and I look forward to more from this author.

Link to Amazon
Posted by AntrimCycle at Friday, May 15, 2015