The Stone Ship by Kieran Shields 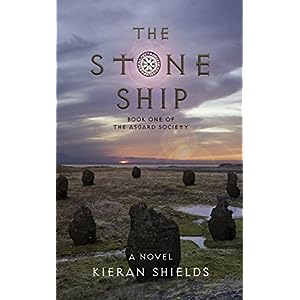 The Stone Ship tells the story of fourteen-year-old Will Worden. It starts when Will is vacationing on Cape Cod with his father and there is an explosion. His father disappears and Will is sent to an orphanage in Maine. But his father has left him mysterious objects and messages, clues that Will and his two new friends, Oscar and Hildy, must decipher.
This first book in The Asgard Society will appeal to readers of Rick Riordan's Percy Jackson series, only instead of the Olympian gods we have the Norse gods and goddesses brought to life in reinvented ways to help Will on his quest to find his missing father.
It was a great read, the action moves right along, and the characters are well-developed and interesting.

Link to Amazon
Posted by AntrimCycle at Sunday, May 24, 2015