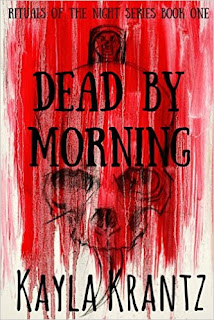 Obsession is deadly. No one learns that better than Luna Ketz, a pessimistic high school senior. She wishes more than anything to graduate but things don’t always go as planned. Luna quickly finds herself trapped in a web of lies and murders, spun by the least suspected person in her hometown. It’s not long before she realizes she’s being targeted by the person she despises most in the world. When Luna figures out who is behind the killings, things make a turn for the bizarre when she is contacted by a friend she has not heard from in years. It is then Luna realizes she is very much in danger, but although she can avoid the killer in reality, she cannot avoid him in her dreams. 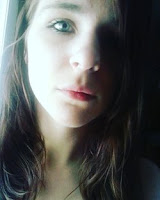 Author Bio: Proud author at Rambunctious Ramblings Publishing Inc. responsible for Dead by Morning, fascinated by the dark and macabre. Stephen King is her all time inspiration mixed in with a little bit of Eminem. When she began writing, she started in horror but it somehow drifted into thriller. She loves the 1988 movie Heathers. She was born and raised in Michigan but traveled across the country to where she currently resides in Texas.

She has ideas for books in many genres that she hopes that publish in the future.