Join the fun and learn about RRPI - A traditional publishing company unrestricted by genre. 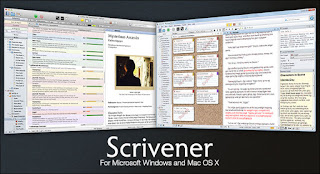 A paperback copy of The Purse by Julie A. Burns
Synopsis: When Lydia Blackwell visits her dying father for the last time, he reveals the deeply hidden truth about her mother. After the funeral, the stranger Derek Meade gifts her with a gorgeous antique purse. But before she has the chance to connect with the man who knew her father intimately, Lydia finds Derek murdered in his home.
Lieutenant Sonja MacIntosh is assigned to investigate Mr. Meade’s death, but her career on the force never prepared her for Lydia Blackwell. As Sonja works to solve the murder, Lydia takes the greatest risk of her life in leaving Chicago to search for clues to her mother’s past. Their instant attraction surprises them both, but even through the chaos Lydia can’t deny the intensity of her feelings for the strong willed Lieutenant.
Lydia’s possession of the antique purse throws her already chaotic life into a whirlwind of kidnapping, blackmail, vengeful mob bosses, and mind-numbing revelations. Through it all, Lydia must find the strength to accept herself – and those closest to her – despite their darkest secrets.
http://www.rafflecopter.com/rafl/display/fe01fc2f3/

A paperback copy of Calling the Reaper by Jason Pere

Synopsis: Follow the harrowing tale of eight of the greatest warriors who ever lived. Watch them as they each live out their final days and make one critical choice that condemns them to the domain of Purgatory. This is a glimpse into eight widely-varied, fantastic world cultures, but layered within the history of the realm of Man there is a greater unifying theology at work. Steal a peek into the juxtaposed worlds of Paradise and Purgatory and learn about the torturous kingdom where all who are condemned find themselves sentenced. The stories of the eight mortal spirits start as unique and individual threads, but soon you will see that they are all bound for a magnificent collision course. Calling the Reaper is only the beginning of a chilling descent.
http://www.rafflecopter.com/rafl/display/fe01fc2f4/\

A paperback copy of Collective Ramblings Volume One
Twenty stories, four genres. See where these talented and varied authors take your imagination. Travel to worlds with superheroes, mystical, time-warped islands, a world where criminals are tortured to death, and a city plagued by mosquitoes.
Collective Ramblings Volume One is the first in an annual short story compilation by Rambunctious Ramblings Publishing Inc.
http://www.rafflecopter.com/rafl/display/fe01fc2f6/

A paperback copy of Dead by Morning by Kayla Krantz

Synopsis: Obsession is deadly. No one learns that better than Luna Ketz, a pessimistic high school senior. She wishes more than anything to graduate but things don’t always go as planned. Luna quickly finds herself trapped in a web of lies and murders, spun by the least suspected person in her hometown. It’s not long before she realizes she’s being targeted by the person she despises most in the world. When Luna figures out who is behind the killings, things make a turn for the bizarre when she is contacted by a friend she has not heard from in years. It is then Luna realizes she is very much in danger, but although she can avoid the killer in reality, she cannot avoid him in her dreams.
http://www.rafflecopter.com/rafl/display/fe01fc2f2/
Posted by AntrimCycle at Friday, May 13, 2016

Email ThisBlogThis!Share to TwitterShare to FacebookShare to Pinterest
Labels: #RRPI