Book Tour, Giveaway, and Review: In the Garden Room by Tanya Ely 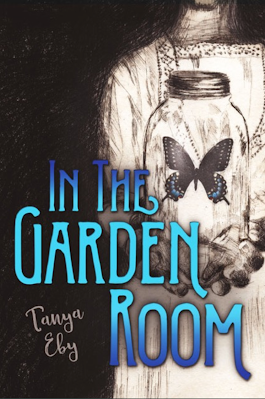 It is Chicago. 1910. Eleven-year-old Lillian March looks over her mother’s dead body with a sense of relief.
As a poor woman, her mother, Cora, never had any real choices or happiness with her life. Cora and Lillian flee to the bustling city of Chicago, where she is certain she will have the life of opulence she deserves.
Cora and Lillian face deep hardships in turn-of-the-century Chicago as Cora’s mind continues its downward spiral. With no money and no hope for income, Cora sells Lillian to The Garden Room, a brothel, where young girls and desperate women are kept like flowers in a jar.
John March comes looking for his daughter and his wife in an attempt to rescue them, but even if he finds them alive, is rescue really possible?
IN THE GARDEN ROOM is an exploration of madness, desire and two women’s choices in a time when they weren’t really allowed to choose.

Review
In the Garden Room is a dark historical story of life around the turn of the 20th century. The story mostly alternates points of view between Cora, a wife and mother, and her daughter, Lillian.
Cora has never been satisfied with her life. Her husband, John, is a fisherman and she must work as a servant for her richer neighbors. Lillian lives a fairly carefree life going to school and studying to be a scientist one day.
Cora is enticed into running away to Chicago by a man visiting her small town, mostly because he wants Lillian though she doesn't realized it. Lillian is forced into a new world where she works for pennies at a meatpacking plant to support her mother who dreams of a better life, but does nothing to achieve it. Eventually, Cora is so desperate that she sells Lillian to work in a brothel, the Garden Room.
Meanwhile, John has come after his family, hoping to save them before it's too late.
This is an excellent read. The story is heartbreaking and engrossing. The choices made and how they impact the lives around them make for a fine, though sad, story. In the Garden Room is gritty, sad, loving, and hopeful. 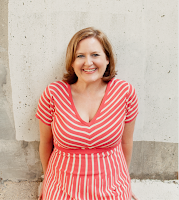 Tanya Eby is a writer and an award-winning audiobook narrator. She has published a variety of novels from romantic comedies to mysteries to dark historical pieces. While her writing crosses genres they all share quirky characters and complicated relationships. Visit her at tanyaeby.com or follow her on Twitter @Blunder_Woman.

Posted by AntrimCycle at Thursday, September 29, 2016