“You won’t need to break out your torches and pitchforks to hunt for your next Sci-Fi/Fantasy read! Rachel Faugno’s THE WITCHING TIME chronicles a famous witch hunt and is jam-packed with elements of suspense, supernatural and steamy love affairs.”

Blurb:
Caroline Burdick is still mourning the death of her toddler son when she inherits an isolated old house from her great aunt Hetty, a woman she barely knew. But the unexpected windfall comes with a catch: she must live in the house for six months to claim her inheritance.

Set on a lonely hilltop in Brookfield, Massachusetts, the house terrifies Caroline, as does her aunt’s menacing companion Sarah Stratton, who has stayed on as housekeeper. Even more disturbing are the repeated appearances of Bathsheba Spooner, a distant relative who was hanged for murder in 1778, and the discovery that Hetty was high priestess of an ancient coven of witches.

The only light amidst the darkness is a beautiful young man named Eddy Ross, with whom Caroline falls helplessly in love. But that fleeting joy cannot save her from the deadly maelstrom of witchcraft and family secrets that shatter her world.

When I moved to Brookfield, Massachusetts, around 1975, one of the first bits of local history I heard about was the murder of Joshua Spooner by his wife, Bathsheba. A well-to-do resident of Brookfield, Bathsheba was hanged for the crime in 1778, making her the first woman executed in the newly formed United States. 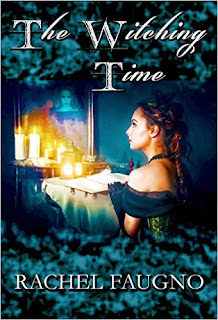 The murder caused a sensation, in part because she was the daughter of a prominent Tory who was forced to flee when the American Revolution broke out. She was also five months’ pregnant with her teen-aged lover’s child. To many observers, the unwillingness to delay the execution until after the child was born – four months elapsed between the murder and the hanging – seemed like a vindictive expression of anti-Tory fervor. Legal precedent held that pregnant convicts should be allowed to deliver their child before being sent to the gallows.

Over the years, Bathsheba has garnered much sympathy, seen by some as a victim of her times. She has been the subject of books and articles, and to this day visitors make the trek to the scene of the crime, which is clearly marked, and to the local cemetery, where Joshua’s headstone bluntly names his wife as his murderer.

I myself became intrigued by her story. During the years that I was raising a family and working at various jobs, an idea for a novel percolated in the back of my mind: What if the spirit of Bathsheba was searching for someone to give birth to the child whose life was cut short? What if a distant relative came to Brookfield in modern times and was visited by Bathsheba? What if that relative – I chose to call her Caroline – learned that Bathsheba had belonged to a coven of witches still in existence? What if Caroline was slowly drawn into that coven? And what if her life began to mirror Bathsheba’s own?

The elements for the story eventually came together, and in 2014 I began working on what eventually became THE WITCHING TIME. I had written other novels (none very good and none published), but this one grabbed me right from the start. It seemed almost as if the characters were telling their own story. Many of the plot twists came as a surprise even to me. And throughout Caroline’s journey of self-discovery, I learned things about her that I hadn’t known at the beginning.

Looking back, I can say that I learned a lot of things during the process of writing this book – a little bit about history and a little bit about witchcraft. More importantly, I learned that writing fiction is an adventure, in that you’re never completely sure where your characters will lead you. That element of unpredictability is what makes the arduous task of writing a novel so much fun!
Posted by AntrimCycle at Wednesday, April 20, 2016