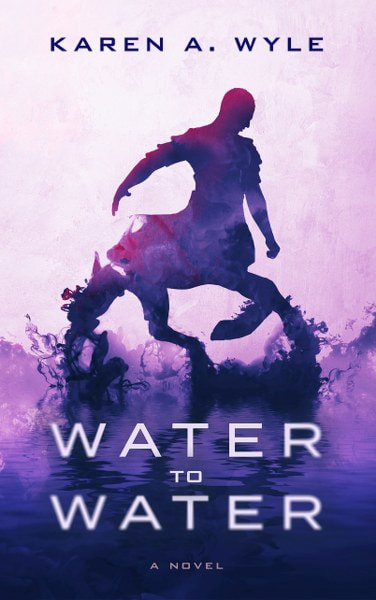 Water to Water
by Karen A. Wyle
Genre: Science Fiction

Two young Vushla questioned what everyone knew about death. What should they do with the answer?

When the time comes for Vushla to die, they go into the ocean and are dissolved away. Or so Terrill has always believed, and still believes after taking part in his father's final journey. But when he meets a young Vushlu who lives by the sea, Terrill must confront information that calls this fundamental belief into question. Will the two of them discover the truth? And what should they do with what they find?

Q. How did you become a peddler?

A. Well, now. That’s a ways to think back . . . . When I was a young sprout, we had a neighbor who was a peddler, wagon and all. I thought her wagon was about the prettiest thing I’d ever seen, all painted up as it was. And she used to let me help load the goods in the back – leastways, helping is what she called it. Getting in the way is what I’d call it, remembering. And when she’d been away and came home again, she always had stories to tell about the places she’d been. I’d never been anywhere, and I got to hankering after a life like she had.

Q. Your wagon – did it used to be your neighbor’s?

A. Right you are! Though by the time she figured she was ready to stay home and play with her grandchildren and take it easy, the wagon was what you might call used up – the canopy, anyway. My folks gave me a new one, and I picked what to paint on it.

Q. You have a mate and children, I hear. How have you managed to strike a balance between traveling and family life?

A. Well, I don’t have just any mate. I made sure to find a lady as liked to hear stories. I promised to always bring back plenty of stories. And she’s an independent sort – doesn’t need someone at her elbow all the time, telling her how to do things. A mate as hung around every day might get annoying for such as her. So we suit each other. And the longer I’m away, the longer I stay home and do my bit with the young ‘uns and the beasts and the garden and all. And now that some of our young ‘uns are grown, she has plenty of help when she needs it.

Q. You’re acquainted with Terrill and Honnu, I believe. How did that come about?

A. I’ve known Honnu a good piece of his life, I’d say. I visit a few different fisher villages, and he lives – or lived, I’m not sure which is right just now – in one of ‘em. I was the first Weesah he ever saw, I reckon, and how he would stare! Anyhow, he’s a curious fellow and always likes to hear my traveler’s tales.

Q. That brings up an interesting point. Aren’t you somewhat given to exaggeration in those tales of yours? Should Honnu believe everything you say?

A. (laughs) No, I can’t say as he should. But I reckon he knows that. Now, I wouldn’t say he knows just what to believe and what not to. But if he ever asked me, serious-like, I’d tell him.

Q. And Terrill? How did you meet him?

A. That was luck, if luck is something that happens, as to which I’ve no firm opinion. His da took ill, and Terrill was one of the funeral party as took him to the sea. I left Honnu’s village about the time they left to head home again, and we got to talking on the road. A nice young fellow. On the serious side, and tending to worry more than is comfortable for a youngster his age. I did my bit to cheer him up, when I could.

Q. And how did Terrill and Honnu meet each other?

A. (chuckles) Well, I’ll maybe let you ask one of them about that. I’d best be packing up and heading on, pretty soon. Any last questions? Or might you be wanting something from the wagon before I go? I’ve got some good knives I picked up a few towns back. Or if you’ve little ones at home, I have toys -- balls for juggling, and these dolls. See the bits of shell that make up the armor? And of course, I have fish. Always plenty of fish. 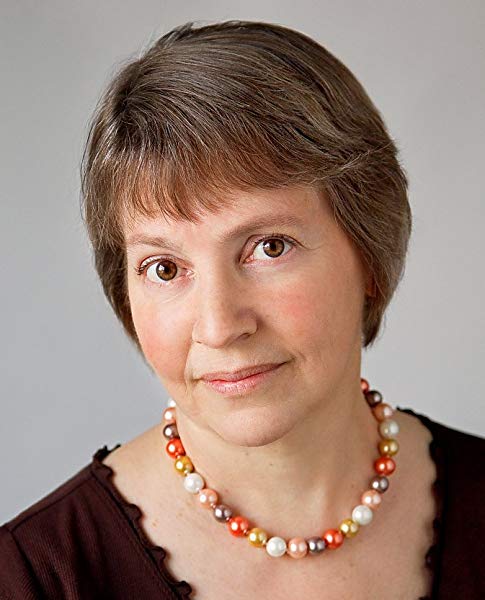 Karen A. Wyle was born a Connecticut Yankee, but eventually settled in Bloomington, Indiana, home of Indiana University. She now considers herself a Hoosier. Wyle's childhood ambition was to be the youngest ever published novelist. While writing her first novel at age 10, she was mortified to learn that some British upstart had beaten her to the goal at age 9.

Posted by AntrimCycle at Friday, September 28, 2018