Book Tour & Giveaway: murder is a debate by Brandy Nacole 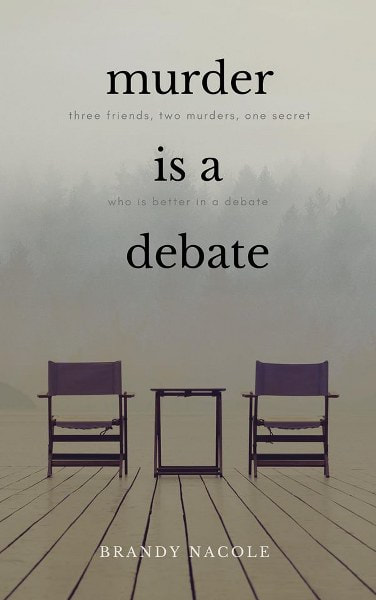 Murder is a Debate
by Brandy Nacole
Genre: YA Mystery Thriller

Nora and her two best friends, Liv and Charlie, aren’t like most people. Nora is the private school kid; the rich girl, though everyone hates her. Liv and Charlie attend the run-down public school on the opposite side of town where the football team is a solid two and down funding. Their worlds should have never collided, but they had one common factor that brought them together, murder.

In an online mystery chat room, the three girls meet and form The Murder Club. Each week one must come up with a murder scenario for the other two to solve. It’s fun. It’s active. It’s also deadly.

When one of Nora’s classmates ends up dead, she’ her new friends. His death mirrors the same scenario Nora came up with in their previous meeting. As clues emerge, pointing more definitively at the members of the Murder Club, Nora for her own clues, bringing fantasy to reality. Could Liv and Charlie , and if so why?

They were all curious. Was one of them too curious? 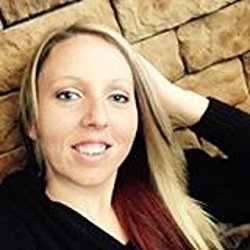 Gemini Brandy Nacole is a writer of urban fantasy books. She is the author of the Shadow World series and the Spiritual Discord series published by Press. A reader from a young age, Brandy has always loved folklore and stories of beings that go bump in the night.

Brandy lives in Arkansas with her husband, three never stopping kids, two snooty cats, two very lazy bearded dragons, and one mellow turtle. She is a member of the Ozark Romance Authors in Springfield, Missouri. Whenever she’s not reading or writing, Brandy is spending her time outdoors wheeling, hiking, playing amateur photographer, and enjoying a good laugh.

Posted by AntrimCycle at Monday, September 16, 2019