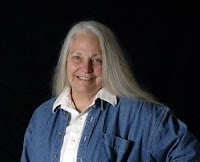 With a passion for a good wholesome story D.L. Gardner also (Dianne Lynn Gardner) dives into the adult and young adult fantasy genres. She is both a best selling author and an award winning illustrator who lives in the Pacific Northwest, USA. Dianne loves a book that ignites imaginations, strengthens friendships, spurs courage and applauds honor. Though she targets her stories for young adults, her books are enjoyed by all ages.

Dianne was born in Ohio and raised in southern CA. She attended Northern AZ University and later continued her education in the Pacific Northwest. She's an oil painter, book illustrator, screenwriter and filmmaker. She writes under the names of D. L. Gardner and Dianne Lynn Gardner. Her dystopia novel Altered has hit the best sellers chart and her underwater romance, Pouraka is sure to spark interest. Newest to her collection is the hilarious vampire satire, An Unconditional Mr. Peadlebody.


Tell me about your fantasy books and where did you get the ideas for the books?

Ian’s Realm Saga is a story about a young man and his father as they discover a portal to another world through their computer. When they enter this magical land of pristine beauty, but deceptive evil, they are separated by sorcery and Ian is thrust into slavery by a dragon worshipping people and finally banished into the wilderness where he meets his enslavers’ enemies. As Ian grows older he battles the dragon, and seeks the mystery behind the twelve year old boy with a magic dagger.

Could you describe the mundane details of writing: How many hours a day to you devote to writing? Do you write a draft on paper or at a keyboard (typewriter or computer)?

I write my drafts on my computer. When I’m writing the draft I try to write at least 1500 to 2000 words a day, and that’s pretty much the same for rewriting and editing. I’m lucky in that I don’ t have another job. Writing and creating is what I do, so I can spend 4 to 8 hours a day writing easily, sometimes more.

That’s a hard question because you have to have both, a good plot and intriguing characters. However, my stories are pretty much character driven. I think a somewhat shallow plot can be supported by well-rounded and deep characters, but I don’t think you can depend on just a good plot and have shallow characters. In fact, when I begin my outline, I start with character analysis. I don’t mean physical traits, but rather what’s inside them, their soul, what makes them who they are and why. Everyone in my novels has a backstory and sometimes I’ll write short stories about them as a blueprint.

How hard is it to establish and maintain a career in fiction writing?

If you mean financially? Next to impossible. I have a friend who has been an author with the big publishers for over ten years now and she is just now considering quitting her day job, and even still she’s doubtful. You have to have a passion to be a writer and more so a story teller. It has to be in your gut or you’ll be disappointed. You just can’t do it for the money alone unless you work ‘for-hire’.

You also write screenplays? Tell us about that.

I collaborated with a friend on a feature length screenplay of one of my novels (Cassandra’s Castle) two years ago and it came in as a semi-finalist out of 2400 entries. Needless to say I was encouraged. Since then I’ve entered the tough climb of filmmaking and instead of using that screenplay I’ve written a TV series, which we are currently seeking funding for. Just today I learned that the Pilot script for the series that I wrote won 2nd place at a film festival in Ohio (and the trailer came in first place). I’m also in the process of writing a stage and screenplay of my novel An Unconventional Mr. Peadlebody, the first act of which also won Best Mystery at a screenplay festival here in Seattle. I’m beginning to think there is more opportunity for writers in filmmaking, though I’ll never stop writing novels.

If you were to name one piece of clothing that describes you, what would you say?

It would probably have to be some sort of leather tunic. Loose and comfortable, rugged and fit against the weather, hard to tear with your bare hands (you’d better come at me with a sword- haha, I fence). Not real pretty, but gets better with age!!

If you were to write a book about yourself, what would you name it?

Oh my! How about The Trials and Tribulations of an American Female ? I just made that up. I have no idea.

You have to wear a t-shirt with one word on it for the rest of your life. Which word do you choose?

Have you ever jumped out of a plane? If not, would you?

Absolutely not. I know. I should be braver than that but the risks I take are much more subtle and never are associated with fast falling movement.

If you could meet anyone from history, who would you meet and why?

C.S. Lewis. The man was a genius, filled with love and faith and wisdom and a child’s heart. I would love to chat with him, listen to his stories and his advice. Perhaps he’d even critique my work. That would be awesome.

Sing in the rain or dance in the streets?

Singing in the rain.

Name 2 things you consider yourself to be very good at.

I’m good at seeing talent in others. It’s why I’ve been able to get a wonderful crew and cast together for our production, and I’ve been thanked many times by young people for helping them see their gifts and encouraging them to develop them.

I’m also good at seeing and mixing colors. I’m an oil painter and even my students tell me they are amazed how well I know color. It comes natural to me.

Name 2 things you consider yourself to be very bad at.

Also I’m not a good housekeeper even when I try. That darn spot never wants to go away, it just jumps on to something else.

You are planning the most awesome dinner party of your life. Which 3 celebrities/historical figures (past or present) would you add to your guest list to keep the dinner talk interesting?

Tell me about your next project?

I’m in the process of getting my novel Cassandra’s Castle ready for publishing.
Cassandra’s Castle is book 5 of the Ian’s Realm Saga, and it’s about Ian’s daughter, who years after her father returns, finds the portal to the Realm while taking photos with her cell phone. She time travels to another world and ends up in a turn of the century rebellion.
Posted by AntrimCycle at Sunday, July 10, 2016