Book Tour and Review: The Shipbuilder by Salina B Baker 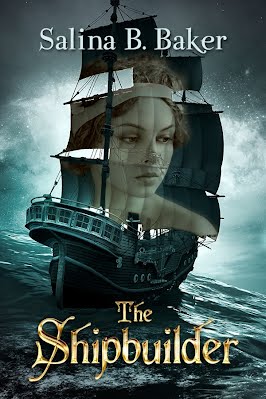 In the summer of 1869, beleaguered for-hire killer Zach Dimitru arrives in Eastport, Maine, bearing an amulet and searching for absolution. His salvation is dependent on the Benoit Family, who are also pitiless and tormented. Zach’s deliverance is reliant on Juliette Benoit. The young woman is grieving the loss of her soul mate, whom she believes has reincarnated without her. Miraculously, the amulet imparts messages to Juliette. The fate of both Zach and Juliette, as well as the town, depends upon her ability to learn and convey those lessons before the arrival of a hurricane—one with the force to devastate Eastport.

The Shipbuilder is the story of events preceding the arrival of the Saxby Gale in 1869. It devastated towns along the Bay of Fundy with high winds and surging tides. Juliette Benoit and her family live in Eastport, Maine. She is a spiritual woman with beliefs in Christianity, reincarnation, and Obeah, a Carribean voodoo-type religion. She is waiting for her soulmate and thinks the arrival of Zach Dimitru, a killer for hire, may herald his coming.
I found the story to be somewhat of a mishmash. Much of the dialogue was too current for Maine in 1869 and there were other historical inaccuracies. For example, at one point, Juliette's brother Ben and his girlfriend, Seneca, a black woman, talk about relocating to Oregon because it might be more tolerant there. In fact, Oregon in the 1800s was noted as a 'white-only' state that banned blacks. The author might have chosen to set the story in South Carolina in 1952 with Hurricane Abel which would have suited her historical references and dialogue better in my opinion.
The paranormal stuff with the amulet, reincarnation, and Obeah seemed more of a 'New Age' setting than anything that was going on in Maine during the 19th century. Even the spiritualist movements didn't really fit with what was described in this story. If this was supposed to be an alternate history book, it probably should have more defined as such.
I found Ben and Seneca's story the most interesting part of the book. All the other people were more like characters in a soap opera who only operated so their stories could be resolved by the Saxby Gale. I'm sure some readers will enjoy this book, but it just wasn't for me. 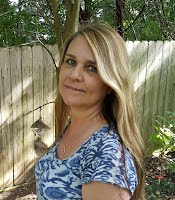 Salina is an avid student of Colonial America and the American Revolution. Her lifelong passion for history and all things supernatural led her to write historical fantasy. Reading, extensive traveling and graveyard prowling with her husband keep that passion alive. She has three forthcoming novels in the works for 2017. Salina lives in Austin, Texas and is a member of The Writers’ League of Texas..