Title: Arrows Over Agincourt Author: D. Lawrence-Young Genre: Historical Fiction Length: 186 pages Release Date: July 20, 2015 ISBN-13: 978-1514218860 SYNOPSIS: “Then call we this, the field of Agincourt.” (Shakespeare: “Henry V”) 1415, Davey and Tom, two eighteenyear old lads looking for excitement, join Henry V’s army despite their parents’ and girlfriends’ wishes. The king is determined to regain his lost lands in France, and the two lads, now archers in his army, set sail for France hoping for adventures and the spoils of war. Their hopes of a quick and glorious victory are shattered during the prolonged siege at Harfleur where they witness the deaths of thousands of their fellow soldiers and some of their friends. Eventually, the king’s forces prevail, but now this small and sickly army must march many miles to meet the over-confident French army at Agincourt. Will the dispirited English army have any chance this time? Will our heroes return to England rich and unharmed to marry their sweethearts? Based on much historical research, this novel gives the reader a new and distinctive insight into what it was like to be a medieval soldier at one of England’s finest military events. 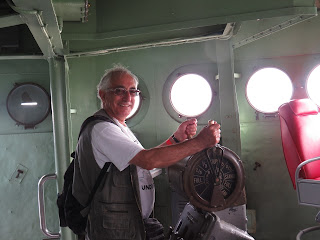 D. Lawrence-Young has been teaching and lecturing on drama, history and English for many years. He is happiest when researching Shakespeare, English and military history. He has written Communication in English, a best-selling English language textbook as well as a dozen other historical novels. These include three based on the life of Shakespeare.

He contributes regularly to Forum, a magazine for English language teachers and has also written several articles for Skirmish, a military history journal. He is a member of the local history club and is the Chairman of the Jerusalem Shakespeare Society. He is also a published (USA) and exhibited (UK and Jerusalem) photographer. He plays the clarinet (badly) and is married and has three children.

OTHER BOOKS BY D. LAWRENCE-YOUNG

The Man Who Would Be Shakespeare