Book Release and Excerpt: Like Clockwork by Ali Abbas 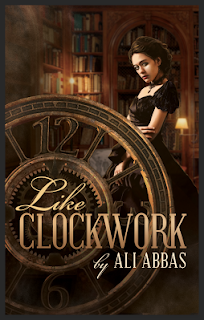 Commander Raymond Burntwood of the Royal Navy has returned to England where he meets the reclusive heiress Lady Ariana Grayhart. After the scandal of a night spent dancing together, Ariana returns home to Northumberland. Raymond’s superiors—seeking information about Ariana’s father—dispatch the commander under the cover of courting the heiress.
All is not as it seems in the Grayhart household. Captain Grayhart is an invalid, the servants maintain a monkish silence, and secrets are layered upon secrets. Everyone has their own agenda, from Raymond's friend and confidante Du Bois, to the family lawyer Sir Berwick, and Ariana herself.
In the midst of it all, Raymond must unravel the truth of Captain Grayhart's decline and save Ariana's reputation and fortune. In doing so, he learns dark secrets about himself that could tear his world apart.

Excerpt:
I hurried back up the aisle, looking for a break in the foliage where I could step across, but the wall of green was impenetrable. My boots clattered on the stone floor, and I almost lost my footing as I came around the corner. I caught a glimpse of a figure turning past a small forest of bare poles standing in tall thin pots.


More carefully now, I followed, watching the occasional pools of standing water and mossy patches on the uneven flags. I turned down the same space that the figure had gone and gagged. The stench was foul. I buried my nose in the elbow of my coat and stumbled backwards. My heel caught on one of the tall pots. I grabbed at the pole to catch my balance, but it swayed away under my weight and snapped. I fell heavily on the floor, a length of cane in my hand and the other canes clattering against each other in mock applause.
I stood gingerly, wincing against the sharp pain of a blossoming bruise. The intake of the foul miasma hit me like a blow. I took a few cautious steps, using the length of cane as a walking stick.
We had taken a pirate laden with slaves and bound for Port of Spain once. The Thame had stumbled on him by chance on the high seas, and did some damage before a long chase commenced. The pirates had given up looking after their cargo for some days by the time we finally overcame them and boarded the ship.
In the hold, we had found a hundred souls dead, and only a handful alive. They were barely recognisable as men in their filth and malnutrition, packed into the darkness with death. We took the survivors on board and burned the shattered remains of the ship with its grisly contents. Some nights the smell of that hold haunted me. And now, I had found it once more in a stuffy corner of this oppressive glasshouse.
My mind reeled between the present and past. Before me, a row of corpses slowly decayed into the boards of a ship’s hold. I doubled over and retched up scalding bile. I spat to clear my mouth and squeezed my eyes shut against the vision. Minutes passed before I dared to look up again.
Before me were rows upon rows of noxious-looking fungi. They grew in shallow trays of straw-flecked manure, distended stems rising to lopsided caps. The sickly dark-yellow colour was deeply unwholesome, similar to the lantern lit bodies of the dead slaves. The fungi varied from six inches to a foot tall, and the mature ones seemed to be the same across.
At least eight tables laden were with these trays. Oozing stems showed some had been recently harvested. I reached out my hand in horrified fascination. Something in their vile shape called out to be squeezed. Two soft footsteps fell behind me, and a strong hand gripped my wrist. 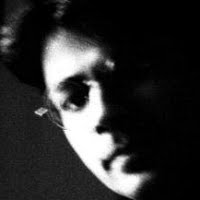 Author Info: Ali Abbas is a writer, photographer, and carpenter from London. He has travelled widely but still lives in the suburb where he was born. It's hard to explain what he does for a living, the common term is Policy Wonk.