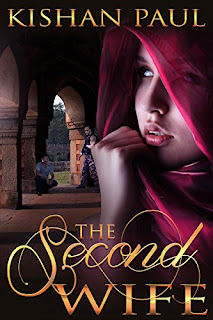 Alisha is very happily married, a successful psychiatrist, who is kidnapped by a Pakistani arms dealer to become his second wife. He saw her at a conference and decided that she would be perfect to provide him the son he's always wanted and can't get from his first wife.
Her husband David and family have no idea where she is but don't know how to get over her disappearance despite two years having passed. Suddenly, David is given information that proves that Ally is alive and living in Pakistan.
This story is told in alternating POVs between Ally and David, and it also skips back and forth from the time of the kidnapping to the present. It started out pretty well - the villain, Sayeed is really evil and what happens to Ally is horrific. David's character is plausible also - he is still in despair over his missing wife, but is trying to move on. My problem was the character of Eddie, the mercenary David finds to help him recover his wife. I found him very confusing as to what his motives were; he took way too long to rescue Ally and really didn't seem to help David all that much, fighting with him and sending him on stupid missions. The story kind of disintegrates and the extra coda tacked on with Eddie made no sense at all.
The book also could have used a better editor. One of my pet peeves happened right at the beginning where Ally shakes her head and agrees. You nod to agree and shake your head to disagree. There were other places where I was taken out of the story for things like this.
It was a good thriller though it dragged on a bit long.

Link to Amazon
Posted by AntrimCycle at Sunday, March 26, 2017