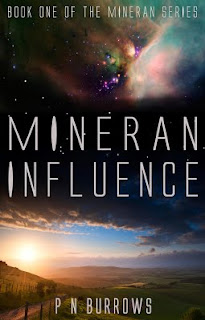 Sam, an ex-soldier who is trying to rediscover himself after twenty years of service, unwittingly stumbles upon a mysterious alien presence in rural Wales. He is drawn into a tangled web of intrigue, pitting him against forces bent on destruction and putting his life in peril. Feeling mentally eroded by his time in the army and having worked hard to overcome this, he is thrust upon an alien journey that will change his life and beliefs in a profound way. Claims of benevolence are only the beginning of the mysteries he'll have to unravel as doubt and mistrust haunt him. He will have to form unlikely alliances in order to fathom the mysteries at the secret Mineran enclave, where intrigue, deception and imminent danger reside. His journey for answers will introduce him to pernicious enemies with hidden agendas, as a heinous plot to kill him unravels. Can he defeat his personal demons to secure justice and discover the truth of who or what is behind the nefarious machinations and why?


‘The process,’ swinging his arm at the conveyor, ‘should end in a few minutes, then we have a few people to see.’ 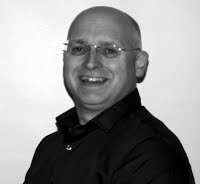 Author Bio: Born in England and raised in Wales, I started my working life on a farm in the glorious rural Welsh countryside. I retrained to become an IT Consultant and having spent thousands on Microsoft, CompTIA and Cisco qualifications; I also obtained a contract to run and teach at a Cisco Academy in England. After this, I became a small business IT Advisor for WCBC and the Welsh Government. As this funding dried up, I retrained as a Business Advisor and have since helped thousands of people start up their own businesses. In my leisure time, I work my way through a comprehensive bucket list with my Fiancée, Cath. This has caused us great delight as we have attended various courses and fun days out, such as beekeeping, pottery making, stained glass making, painting course, cooking courses, hawk walks, animal experiences, quad biking, gorge walking and much more. Ourfavourite one is learning to dance. This activity has remained with us and will hopefully do so for the rest of our lives. We can do a reasonable Waltz, collapse in laughter trying the Viennese Waltz, but it is the 1920’s Lindy Hop that we have fallen in love with. After three years of dancing, we still attend regular dance classes and events. Strangely, for an ex-geek, my favourite gadget is my Italian Marcato pasta machine. I love real, unprocessed food and my freshly made pasta with a home cooked sauce is amazing. I have always enjoyed reading, and in my early teenage years, I read authors ranging from Harry Harrison to HG Wells. Later in life, I turned to thriller writers such as the 3 C’s; Clancy, Cussler and Child. Also, I will always have a Pratchett book on my phone for light reading. His imagination was and always will be, inspiring. I have wanted to write the Mineran Series for several years prior to actually starting and with the encouragement from Cath, who has suffered my many varied, imaginative pranks over the years, I have begun.