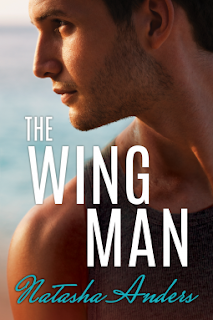 Daisy McGregor is not precisely an ugly duckling, but she's just not as pretty next to her two sisters. She's used to being ignored by others when Mason Carlisle suddenly starts paying attention to her at a night out. When she finds out that he was just trying to help his brother get a date with her oldest sister, Daisy decides to take advantage. Mason is a nice guy so he goes along with Daisy's scheme to be her date for her other sister's upcoming wedding. In fact, he decides that he must spend more time with Daisy to make the façade seem real.
I really enjoyed this book and just ordered another book by the same author. Both Daisy and Mason both grow as their relationship develops. They are both just nice normal people and it's sweet how they both overcome their backgrounds to find each other. Mason is a hottie, former Seal and underwear model, who sees Daisy for the woman she really is. And Daisy is a bit of a mess, but finally manages to assert herself to her mother and sisters. It's a great story. Thank you to the publisher and NetGalley for letting me read this "Ugly Duckling" romance.